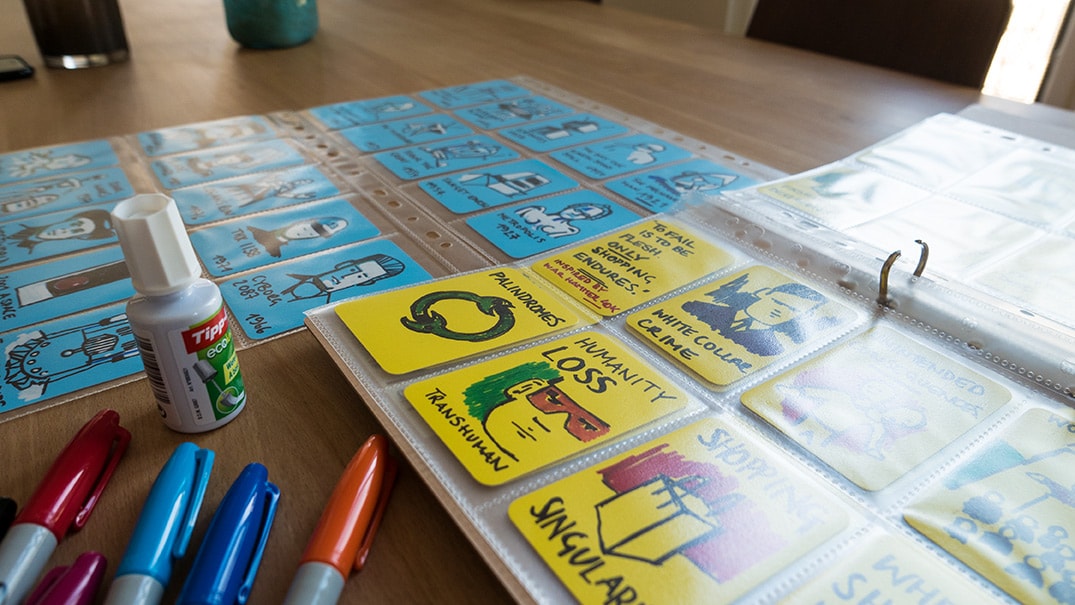 I’ve been asked to talk at an event in Berlin this coming November and I’m quite excited about it. Philip and Jens asked me if I would be interested in doing „something about algorithms that go shopping, something a bit weird. You do weird, can you do it for us?“, during a lunch break at this year’s re:publica and I jumped at the chance because it’s unusual for a business conference to give me that much freedom and because I’ve been working on this idea for what seems like ages.

We departed, I did „Purpose of Entry“ which features a stubborn algorithm called RACHEL and shortly after I drafted a synopsis of the talk which is called “The Parallel”:

Satire as a service.

Over the years my talks have become really rather extravagent and I take great pride in trying to make them as entertaining and interesting as I possibly can. They have to be visual appealing, sound great, and like any honest-to-goodness- tragic comedy make people laugh and cry in all the write places. I’ve come to think of them as little theatre pieces or shows. In many cases people may not have paid to see me per se but they have paid to attend the event and deserve to see something well planned, thought provoking and entertaining. I think that’s something a lot of speakers should remember.

They take a lot of time to make as well: „Purpose of Entry“ took about 120 hours to research, conceive, write, film, create the audio that went into RACHEL and rehearse. Actually it took 44 years of experience to write it. No one ever really gets see that work – the tiny discoveries, the rubbish, the moments when it all comes together, the wasted time, the frustration and the joy.

I’ve decided to give a sneak peak into how I make a 30-minute talk/show/performance/thing. You might find it interesting. Maybe not. At the moment I’m harvesting a whole bunch of ideas and sorting them and trying to find the special moment that will make it all stick together. 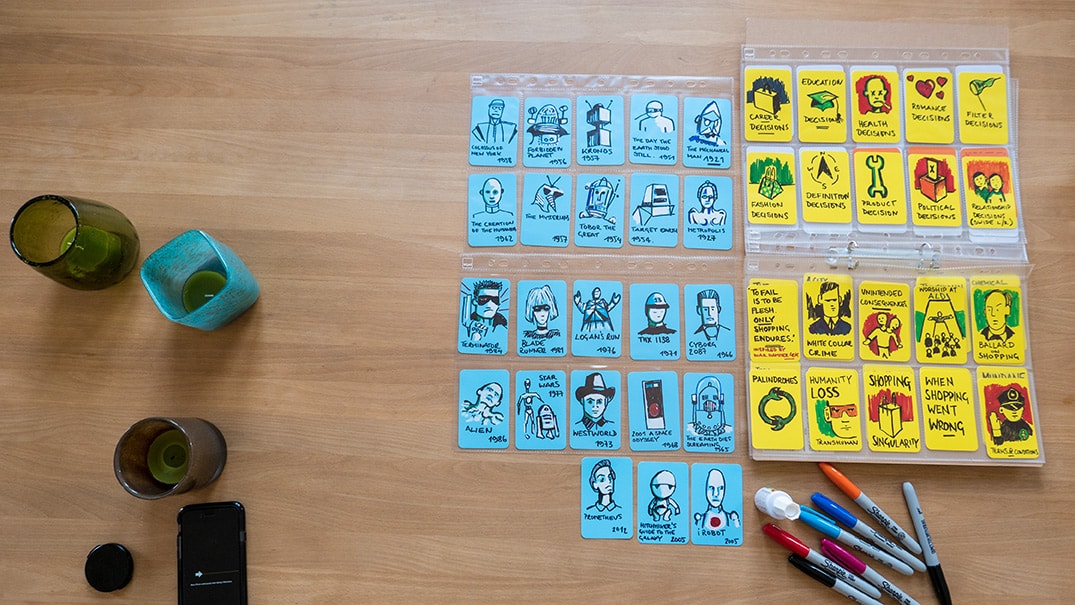 I spend quite some time drawing the cards: I get lost in the act of drawing, it’s an immersive experience that helps me work out what an idea is, where it might go and it helps me find better ideas. I’m sure you’re not supposed to spend so much time on each card but I do. I really want to cards to look good because I want to look at them for ages. I want other people to want to look at them. It’s while trying to make the cards look as good as possible I start seeing the card become a part of something on a stage: I imagine myself doing the card and how people react to it. I also see other cards that I have yet to draw. It’s all a bit potty. 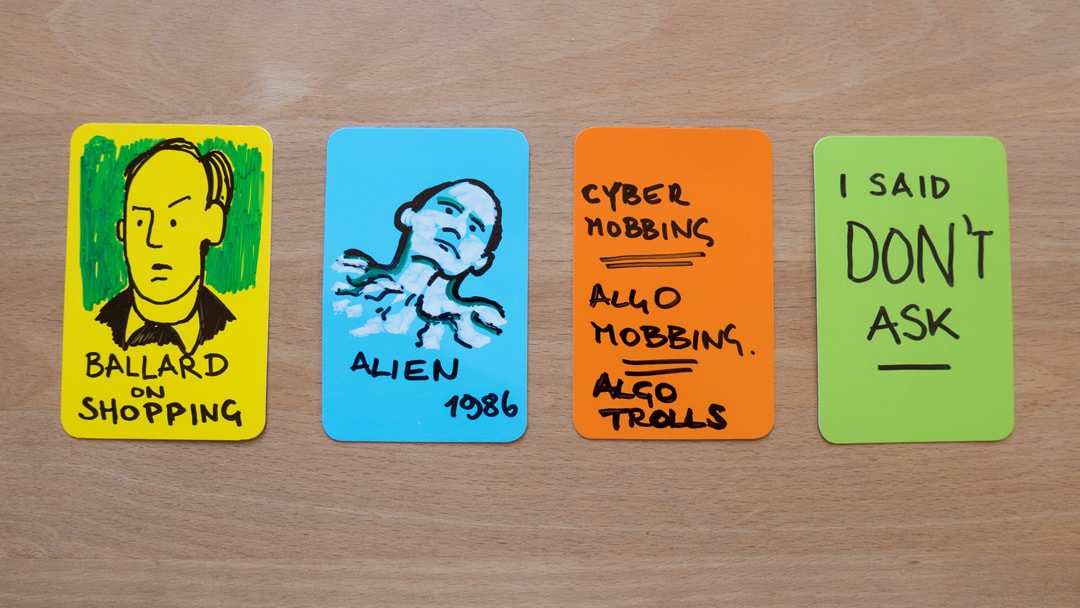 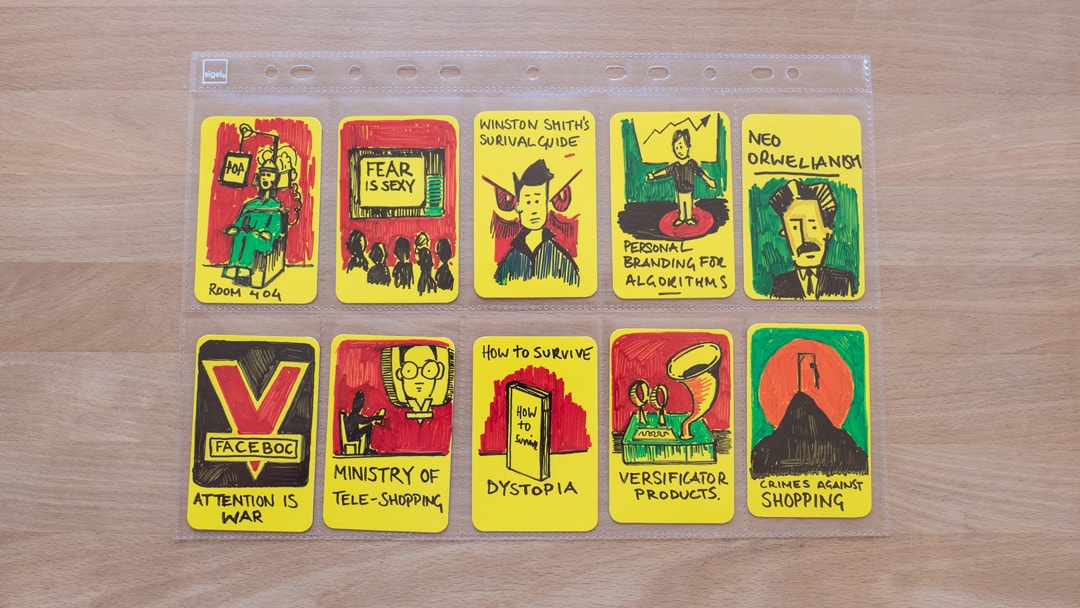 I’ve started putting them into sets too. I use business card folders for ring binders which is stupidly satisfying.

There’s a long way to go before I have anything like a show and I’ll be recording and documenting my progress with The Parallel over on Facebook. You can follow me as I build the thing from scratch. Do pop along if you get a moment. RACHEL would love to see you.