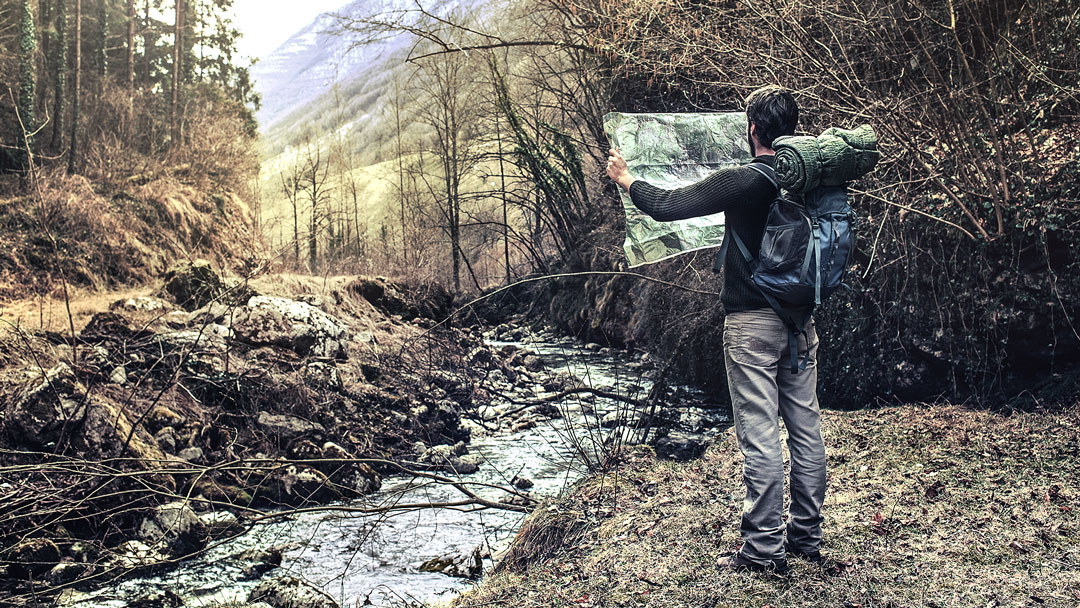 I’ve lived in Germany for coming up to 22 years now. I came here a day after finishing my degree with nothing but a suitcase and was lucky enough to quickly settle in, find a job and slowly but surely take my first steps towards becoming an adult. I was and have been incredibly fortunate and can look back at a huge wealth of chance meetings, interesting projects as well as amazing colleagues, business partners and clients. Twenty-two working years tend to bring a lot of experience with it and I’m grateful for a large percentage of it all. There have been ups and downs all of which now help me to decide just what it is I want to do with myself and what I’d rather leave to other people. Last year I made the decision to set up my own business, a decision which cost me a lot of sleepless nights and one I worried about but it has turned out to be the best decision I’ve ever made. I’m learning to be far more critical of my own work, I’m taking more risks and much more open to radically changing the direction of the business should that be necessary.

I’ve spent a huge amount of time in conference rooms. It’s where I seem to spend most of my time with clients and I’ve started to notice how unconcentrated they are as soon as they enter one. I suppose that that is understandable when one considers the amount of emotional-office-baggage most of these CEO’s, and senior managers carry around with them: reportings, performance reviews, and a seemingly endless stream of nonsense meetings are all tugging at the hem of their attention span. And they suffer for it – their concentration suffers and their creativity suffers. I’ve noticed that, instead of using the conference or meeting room and the time with me as a space for creating interesting stuff, my clients have started using the conference room as a panic room and seem hopelessly optimistic that, once inside, no one will send them Email, no one will call them on their mobile phone or that they’ll be left alone and that no one will knock on the door and drag them away from something that they were actually looking forward to doing. This is, of course, a fantasy and one that makes a farce of getting anything done. They simply don’t have enough space to breathe, think and be productive. This is something that I want to change.

I’ve been working on a new product and launched it on Thursday. It’s called “CreativeWalks.de” and is intended to help entrepreneurs, business owners and senior managers to come up with better ideas and get them made or as John at Smithery would say “make things people want”. I want to drag my clients out of the daily grind of their offices and finally get down to doing the things that they should be doing: thinking, breathing, going a little crazy with an idea, planning, scheming and getting good stuff done without being brutally dragged away from a brilliant thought to sort out a tiny crisis in an Excel sheet. I want to think a thought all the way from the beginning to the end without interruption. 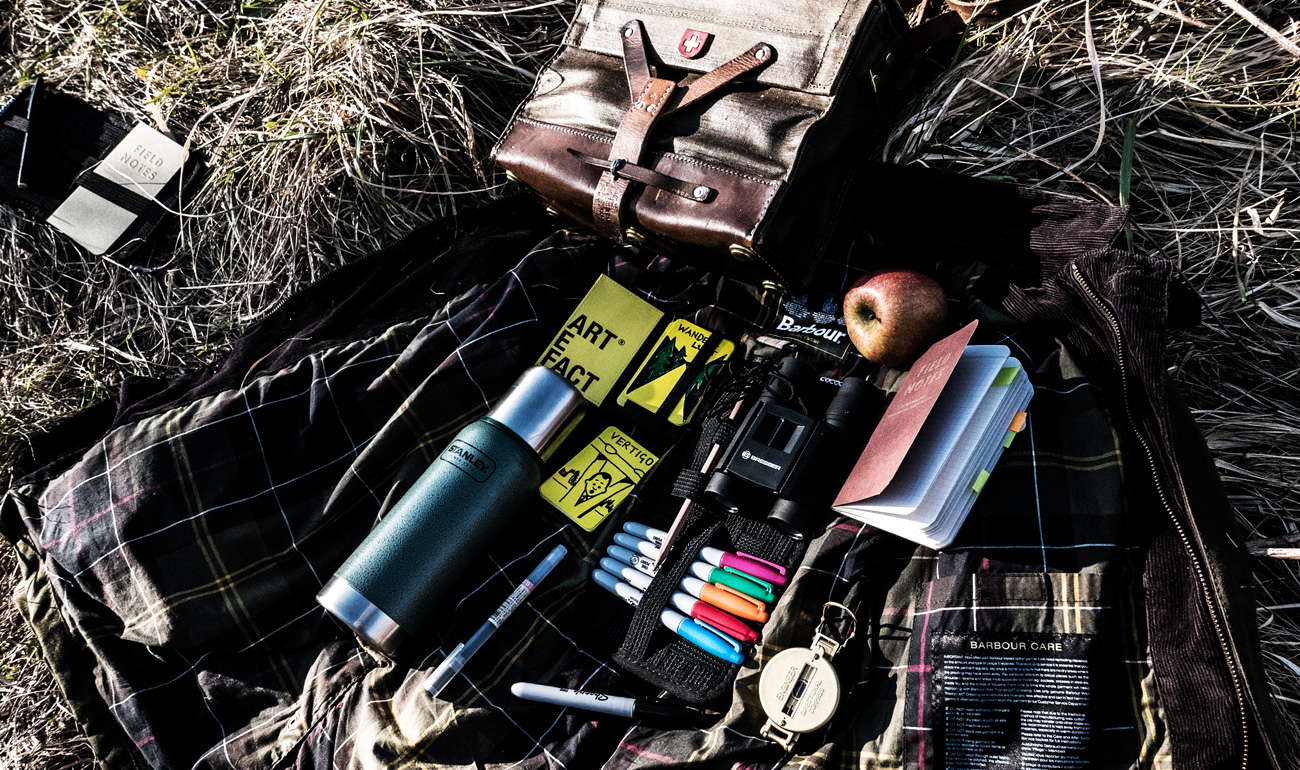 A couple of years ago I tried to walk from Munich to Hamburg to have a chat with someone called Dr Peter Figge. It was an adventure that sadly ended prematurely because I hadn’t sufficiently prepared for the journey. Not finishing that walk annoys me to this day and I have sworn, one day, to walk from Munich to Hamburg. Last year I quit smoking and became fat so I needed to do something that didn’t look and feel like sport. I started walking again. 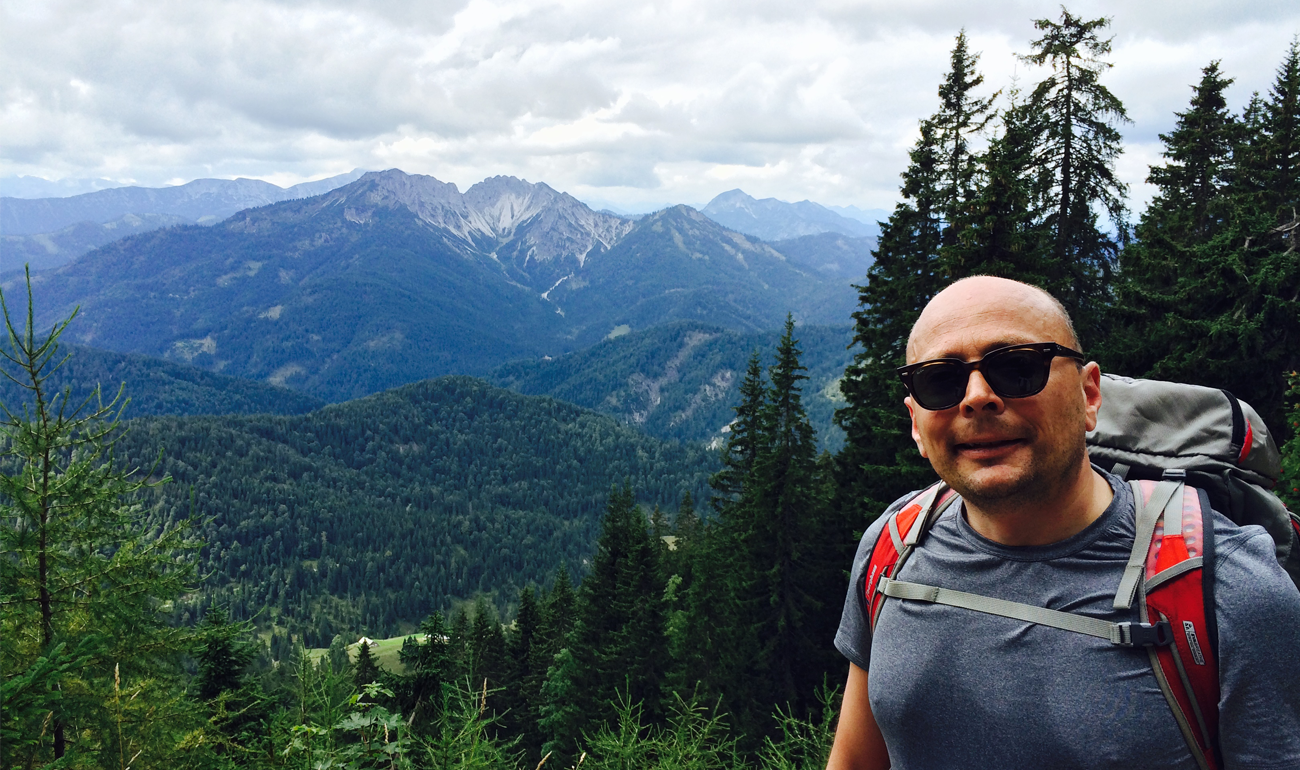 The walks became longer, I became thinner and I started using the walks to work out problems and come up with ideas for some of the client work I’d been commissioned to do. I was becoming physically stronger and so was my work. 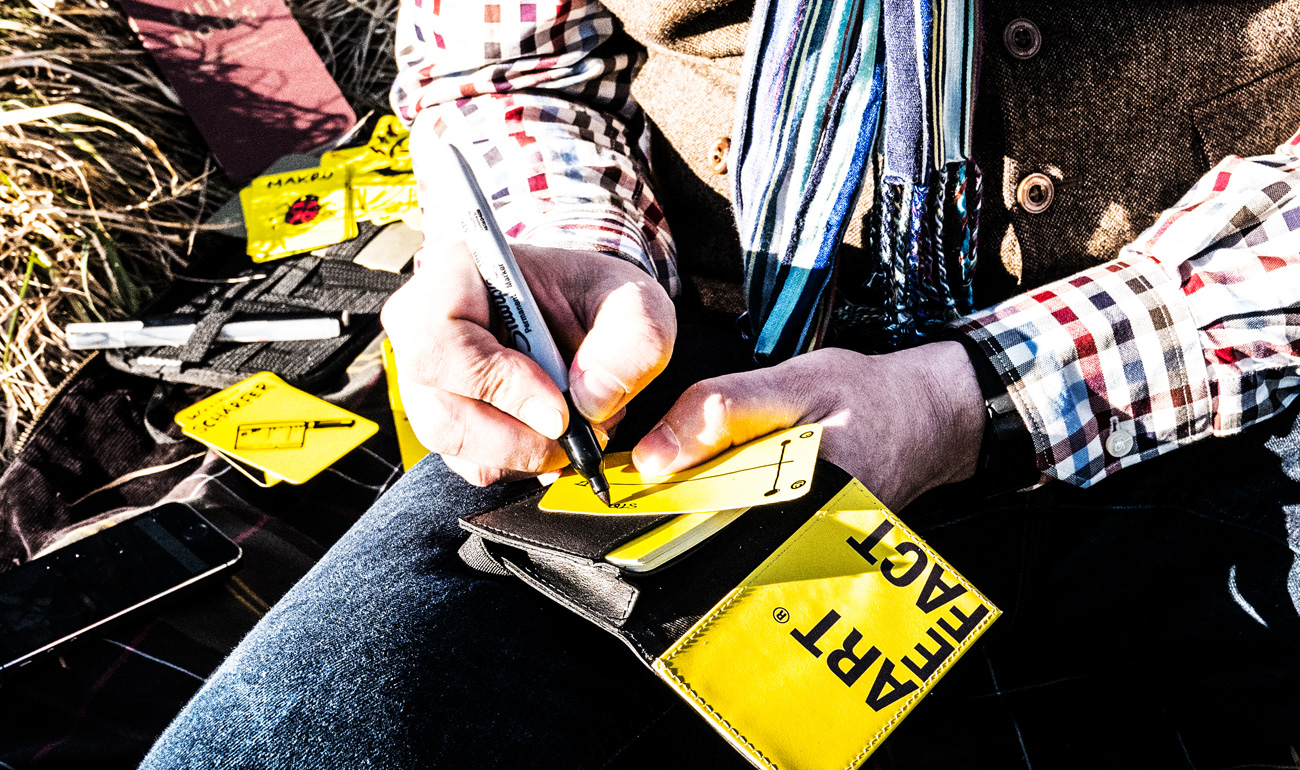 It started to become a process. Slowly, I shifted from just “going for a wander and having random ideas” to getting it into some kind of process. I’d noticed that these walks had clear phases to them, both physically and mentally. I wanted to use these phases and align them to working on really good ideas. I’ve recently started working with Smithery’s Artefact cards, and although my initial reaction to these blank pieces of paper was “hang on, they are just blank pieces of cards”, I’d decided to give them a go. They’ve turned out to fit perfectly to the process of walking, thinking, getting great stuff done and my initial suspicion of them has given way to a tiny bit of card fanaticism. I think that they’re brilliant. 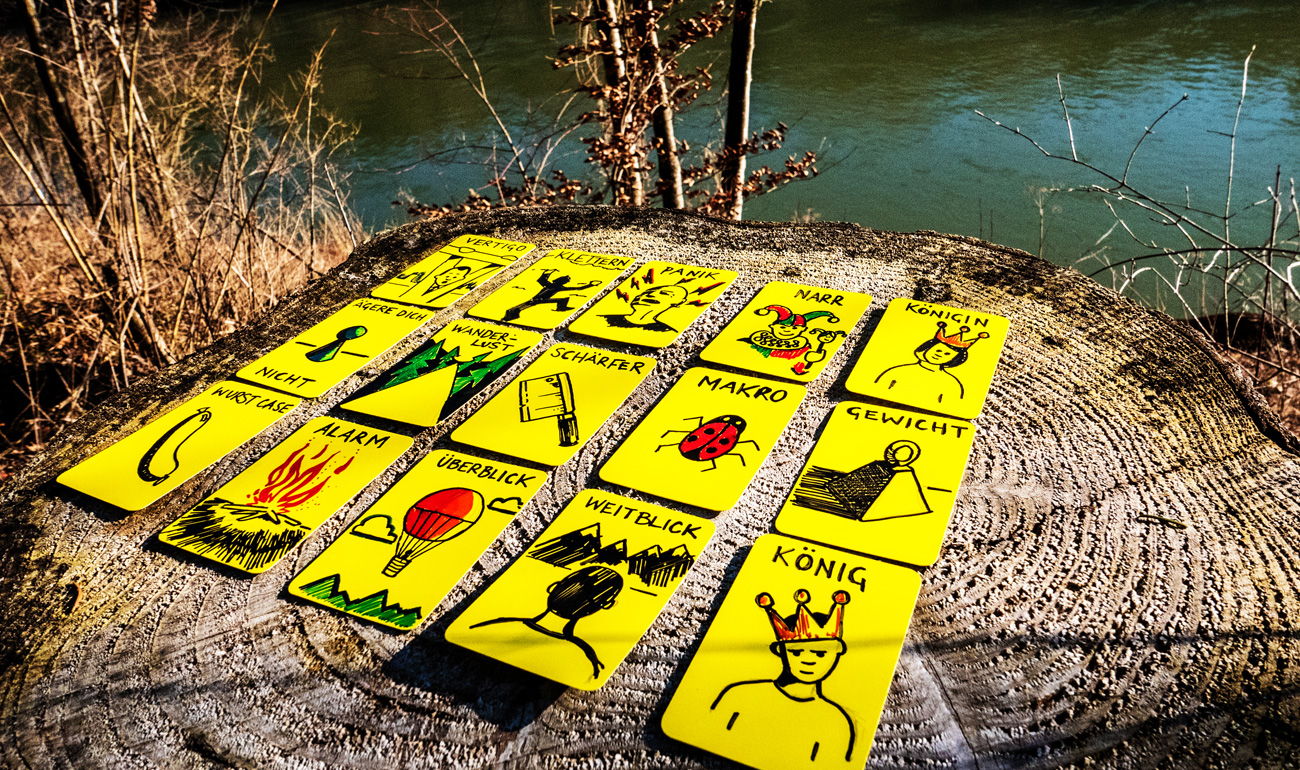 Creative Walks: The Alps instead of Apps.

I decided that I wanted to offer walks to clients as a service or product during the 100 odd kilometres my wife and I wandered over the Christmas break. It didn’t take to long to sketch out what kind of a service “CreativeWalks.de” could be. The idea is ridiculously simple: 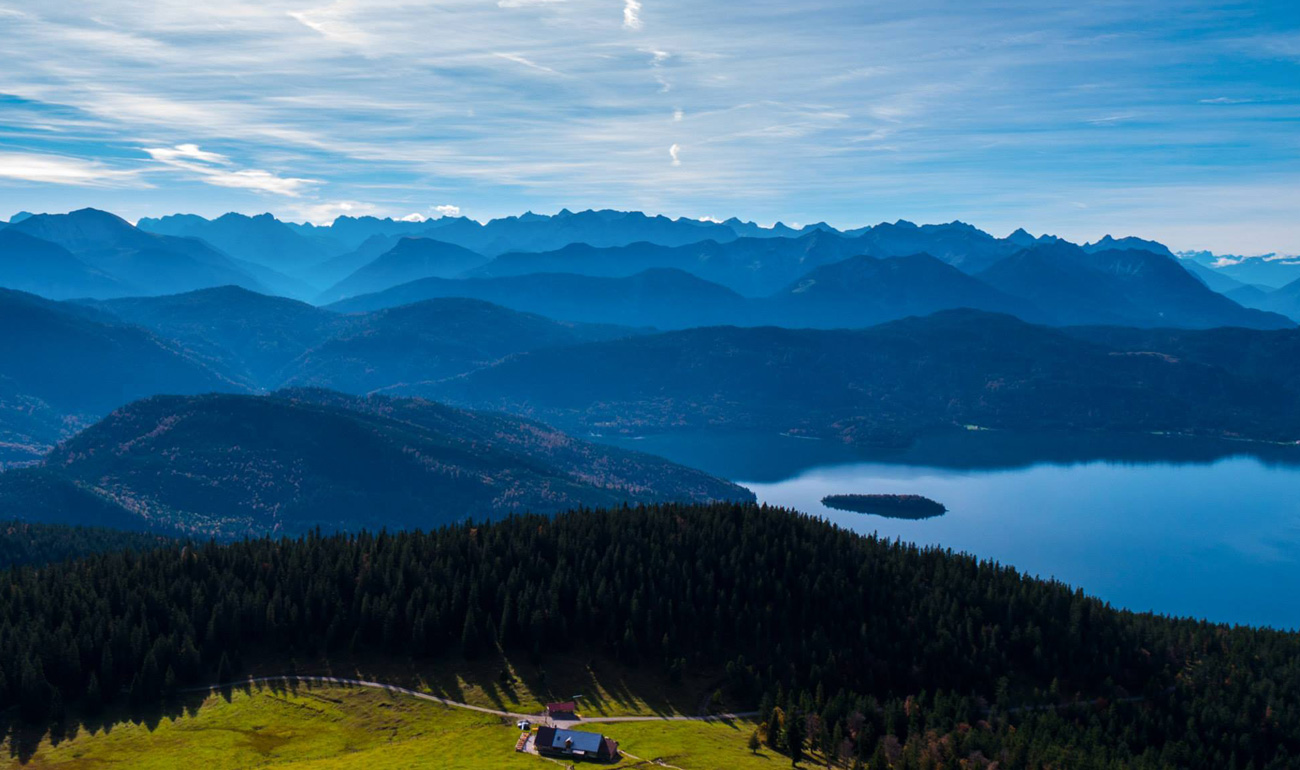 I’ve chosen some of the most amazing routes that the Bavarian Alps have to offer and I’ve had loads of great input and support from friends, clients and business partners. I’ve driven my wife half around the bend with this. The feedback since the launch on Thursday has been fantastic and I’m delighted to say that the first bookings have already come in. I’ve never worked harder to get something up and running and, to be honest, I’m pretty damn proud of how the thing has turned out.

And I’ve still got my eye on the Munich to Hamburg walk. I just won’t be doing it for Dr Peter Figge. I’ll let you know how I get on.